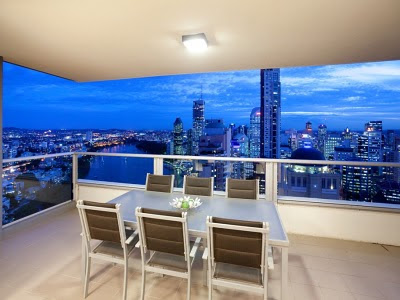 My favourite floorplan in Skyline (30 Macrossan Street) is the G2 floorplan. It is a 3 bed apartment, and most have 2 carparks. There is a big difference in views from lower floors (which have a good city street view towards the Marriott Hotel, and some river glimpses between Admiralty Quays and Admiralty One) and the higher floors, that have a river view over Admiralty One. 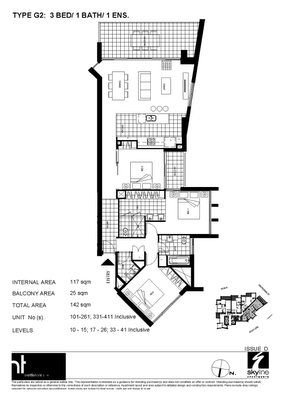 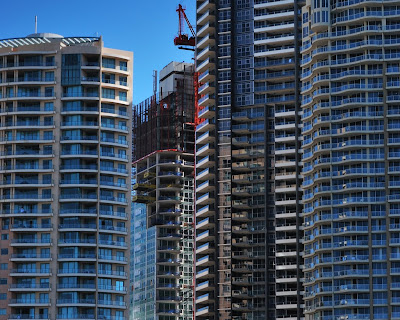