I always find it surprising that some agents work really hard, and others just fumble around.  I have been in the market to buy recently, and it is amazing how many agents just don't return calls or emails, and don't follow up.  I feel sorry for their sellers.
1 comment:

Email ThisBlogThis!Share to TwitterShare to FacebookShare to Pinterest
Labels: agent

In today's AFR (Australian Financial Review), there is an article titled "Size rules could hurt apartment market".  The article states:

Keep in mind that a typical hotel room (bed and bathroom, no kitchen) is about 33 sqm.  A bedroom is about 12 sqm.  Older apartments are often in better locations and are larger than some of the newer apartments being marketed in Brisbane.  Over time, a typical two bedroom apartment in Brisbane has decreased in size from 132 sqm, to 116 sqm, to 110 sqm, to 95 sqm, to 85 sqm and now 75 sqm.
No comments:

Take Bowen Hills for example.  It is close to the city, but has very few local amenities.  It was a light industrial area, and with highways cutting through it.  It is not inner city, and too far to walk to downtown or the Valley.  There are no parks or restaurants or river views.  There are number of large apartment buildings being constructed in that area, with small one and two bed apartments.  A lot of the sales and marketing is targeted at foreign investors, particularly the Chinese.  But do locals want to live in these apartments?  They are very small, and the buildings are very dense.  There are very few owner occupiers in these buildings.

Some examples are Madison Heights (286 apartments) and Chelsea (195 apartments).  It appears that it is taking a long time to rent out or re-rent the apartments in these buildings.  Rents are being reduced, for example, to $485 for a two bedroom apartment.  I suspect that the rental market is saying that, for the location and facilities, you can do much better elsewhere, so the apartments are renting only if rents are very competitive.

On the other hand, river front apartments in Brisbane city, apartments in New Farm, and "normal" residential locations such as Indooroopilly (where very few new apartments have been added to the market in the past five years), appear to be selling well and renting quickly.  These apartments are often much larger (130 sqm compared to 75 sqm for a 2 bedroom apartment, for example), have a better location, have more owner occupiers, and there is not an oversupply.

I also wonder what rents and returns the investors in the new apartment buildings have been promised, and what they are actually receiving, and for how long the apartment sits empty not generating rent?

Will the rents hold up when it comes renewal time in six months or a year?  Will tenants stay on or move out?  The Chelsea is an example of a building that appears to have a number of apartments for rent; it completed in 2012, and received bad press at the time.  (An advertisement below from last year for Urban Edge at Kelvin Grove, settled last year, where apartments will be coming up for renewal about now.  Kelvin Grove is a much better location than Bowen Hills in my view.)

If you want to buy an apartment off-the-plan at Kangaroo Point,  there are many options at present:

Pradella is advertising apartments in its Gardens West End development (which is located behind Flow and Waters Edge) at the following prices:

Pradella's apartments are often well-designed, and are often a decent size and quality.  I am not thrilled with this location -- too far from the shops and restaurants in West End.  But it is less than 3 km from the Brisbane CBD.
No comments:

Peloton is developing Proximity Hamilton.  This appears to be located at the back of the Portside development, and is not direct riverfront (although the river and cruise ship terminal is nearby).  One beds from $330,000 and two beds from $495,000.  A "free" furniture pack is offered.  Looking at the website, it appears to be targeted at people in their twenties who like to eat but don't actually eat that much.

The largest apartment is a corner two bedroom:  82 sqm internal, with a 13 sqm balcony.  See floor plan below.  This looks ok, but there are only 4 of these apartments.   Most of the other apartments are small -- 50 sqm internal for a 1 bedroom (where I would expect at least 60 sqm to be reasonable size.) 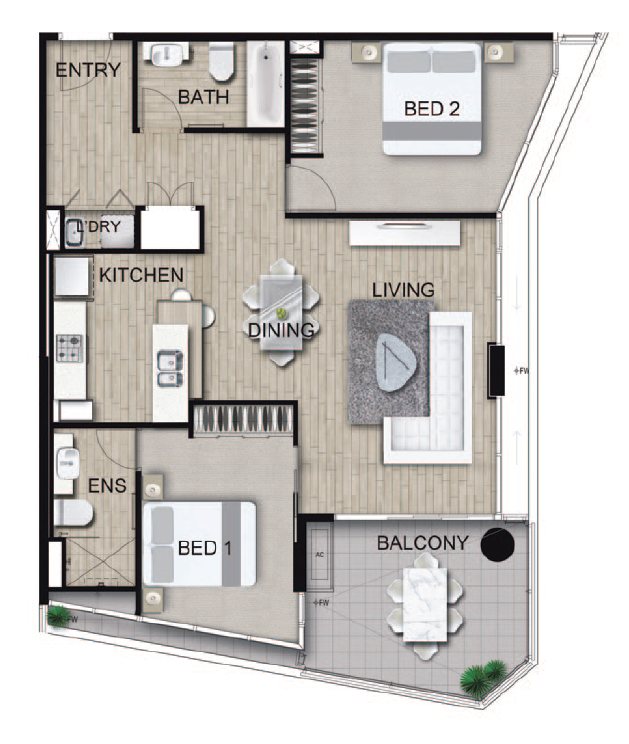 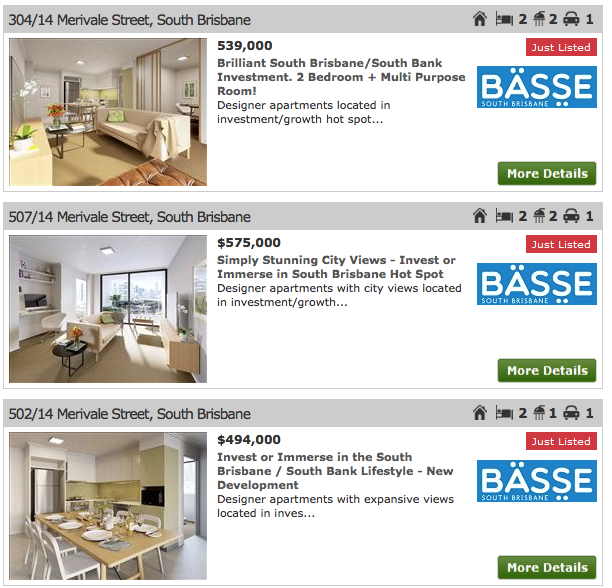 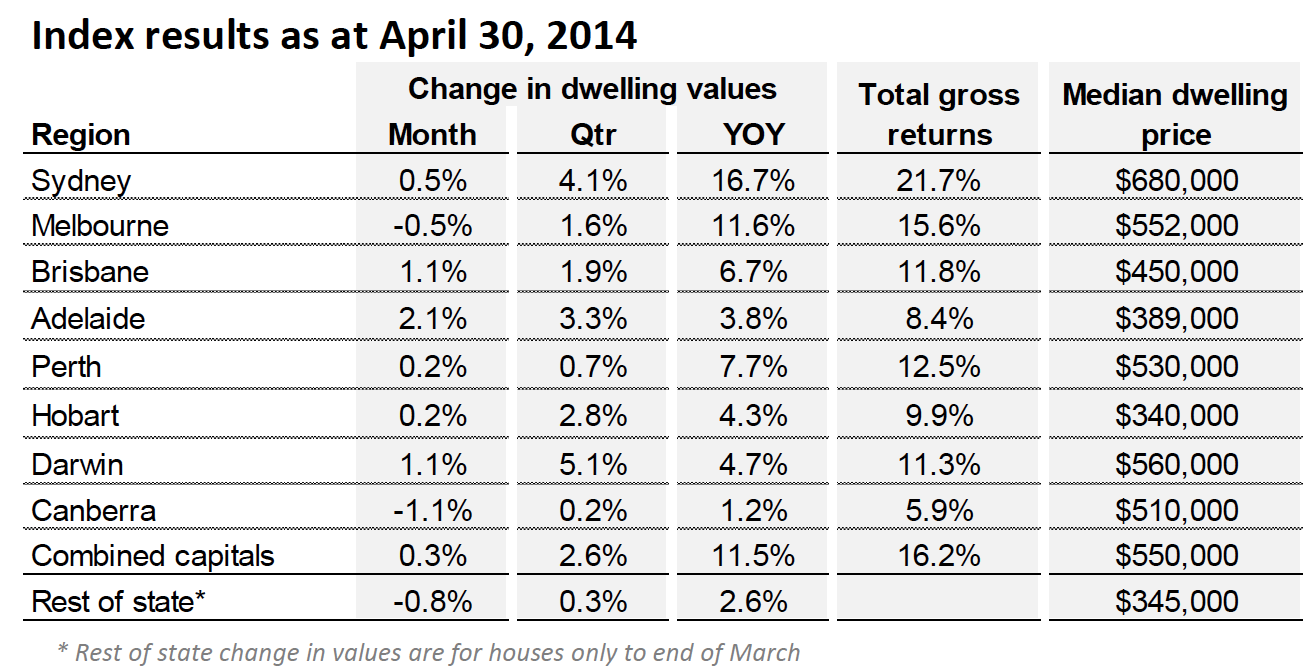 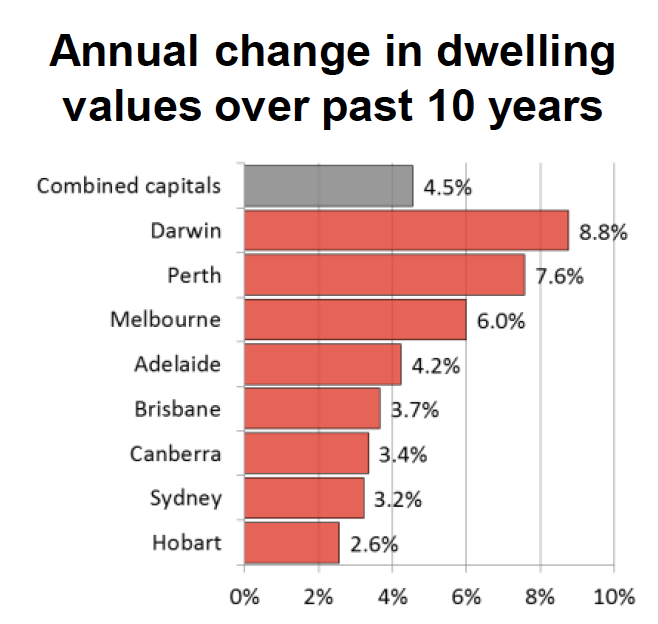 From RP Data Press Release:  "Gross rental yields on a typical Melbourne house are sitting at 3.3 per cent and Sydney gross yields are a bit higher at 3.7 per cent. According to Mr Lawless, such a scenario of low yields in these two cities suggests that housing values have moved out of step with rental rates which is likely to dampen some of the investor exuberance we have seen in both of these markets. I wouldn’t be surprised if Brisbane, where home values are much more affordable and rental yields are comparatively healthy, will start to see an increase in investor related demand based on Brisbane’s early stage in the growth cycle and comparatively healthy rental yields,” he said."
No comments:

South Australian based Urban Construct has acquired more than $100 million in development sites in Brisbane.  They have development applications in train for 2,200 apartments in South Brisbane, Newstead and Wooloongabba.  This includes: 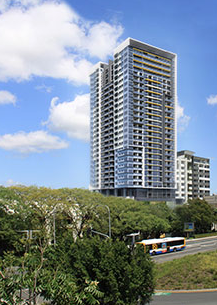