Disclosure of proposed or planned works

Here is a note from a reader, and it is a good reminder to do as many searches as possible and ask questions of as many people as possible before signing a contract for an apartment.

"Here is Winchcombe Place Apartments at 15 Vernon Terrace in Teneriffe (a.k.a. Newstead).  Underpinning of the building is taking place.  The front stairwells that exit to the street were recently underpinned as they had “parted” from the main building with cracks about 40mm in width appearing between the two.

The agent didn’t tell me anything about it when I inspected  the apartment in March 2011.  I’ve since learned a levy had been struck to pay for the underpinning.  I’m not saying the agent was dishonest, perhaps he did not know, only that I was not told. Perhaps I should have asked about proposed or planned works.  Had I made a successful offer, I would not have been very happy to discover this and the extra levy that records show had already been struck at the time of inspection in March. Buyer beware!" 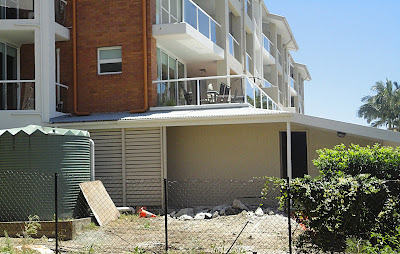 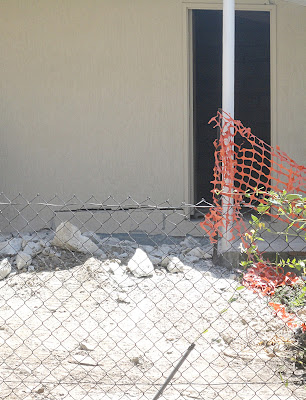