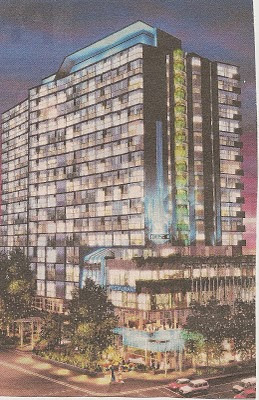 Leightons has released a new representative image for the Mosaic The Valley apartment project on Ann Street. It is much blander with less greenery than previously visioned. The building appears to be closer to road, as the footpaths are narrower. The new image is above. The old image is below, and an older view is located here. 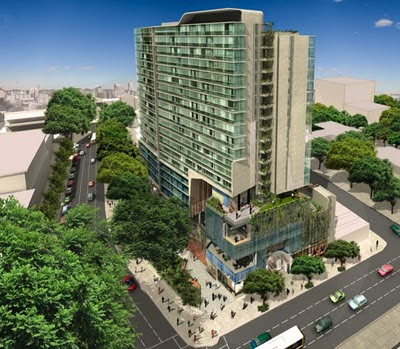 Mosaic is being developed by Leighton, which owns about half of Devine and is a constructing Hamilton Harbour with Devine.
Mosaic was launched in October 2009. It has 212 apartments, most of which are relatively small. Advertised today as 1 bedrooms starting at $365,000 and two bedroom starting at $540,000. No pool.

Those glass balconies are going to roast in the afternoons.