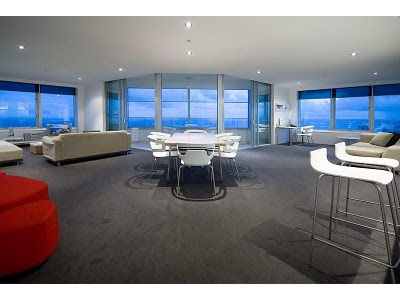 The AFR had a headline this week: "Gold Coast results highlight weakness". There were several auction events last weekend on the Gold Coast. Some agencies had clearance rates as low as 10% according to the AFR. The Ray White Sunday auction sold $12.4M worth of property, 41 sales from 103 listings, with an average sales price of $312,000.
A Circle on Cavill penthouse sold for $2.5M, originally sold off the plan for $5.95M. The Gold Coast press calls this a positive sign! How is making a loss of almost $4M a positive sign?
A large Q1 apartment, 3104, sold for $575,000 furnished, less than the mid $600Ks paid for this apartment unfurnished by the previous owner. See photo above.
Two Soul apartments (still off the plan) failed to attract bidders.
The Gold Coast press says that things are looking up! Can anyone explain to me why a large capital loss is a good thing?