Sunland (who developed Q1 and Circle on Cavill on the Gold Coast, and who is developing Abian in  Alice Street) has released pictures showing three towers on its Toowong site.  This is the old ABC studio site.   The development is to be called Sunland's Grace.  (I would have thought that Sunland's Graceland would have been a better name.)

The three towers are a little out of place in Toowong in my opinion.

They are mostly apartments:

Tower A
Tower B will be the same as Tower A. 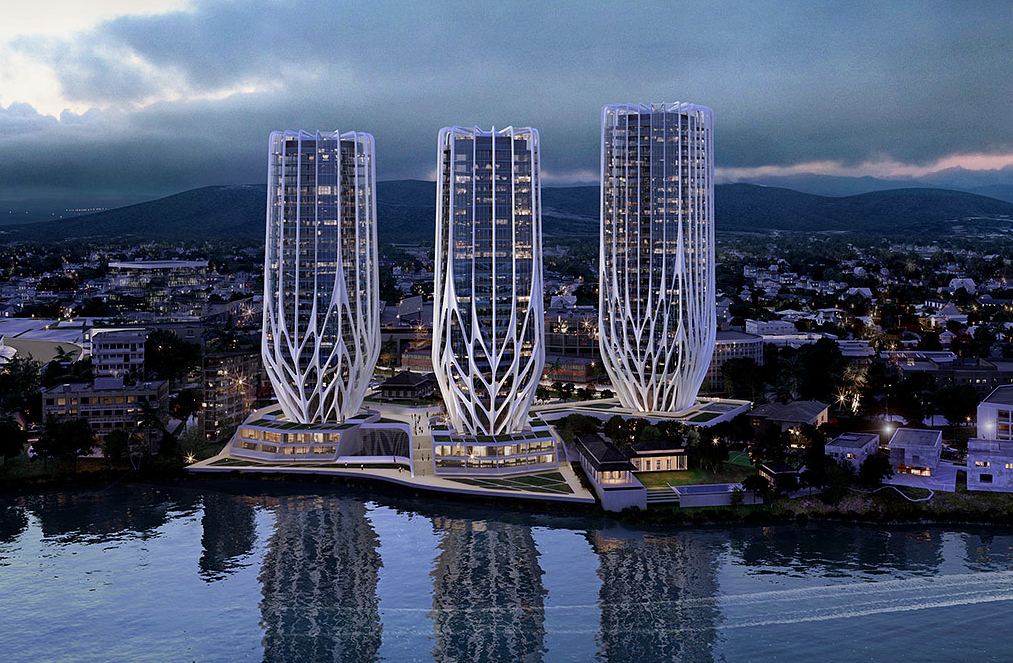