Meriton is set to launch its Brisbane North Quay tower, to be called Infinity. This building will have a mix of 1,2 and 3 bedroom apartments. It appears that the apartments will be larger than in many current projects, but there are no balconies.
Some example floorplans and floorplates: 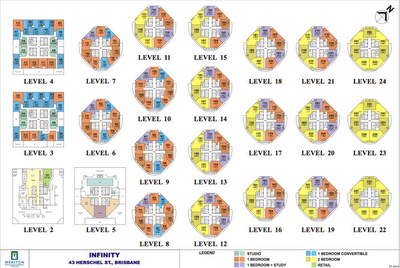 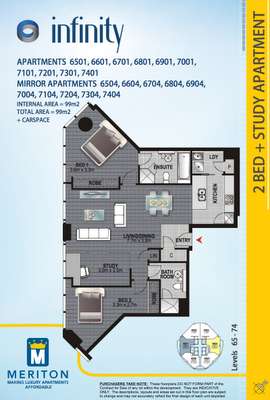 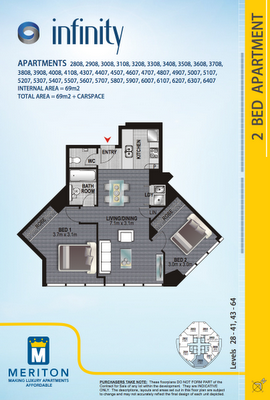 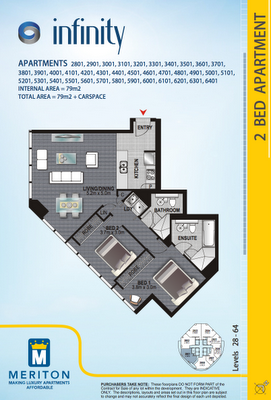 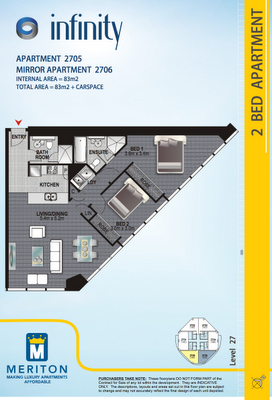 This should be compared with Evolution, which is the nearest apartment building of similar age. Evolution is not yet sold out, and two bedroom apartments that originally sold off-the-plan in Evolution for $650,000 range and now listed for sale in the $550,000 range.