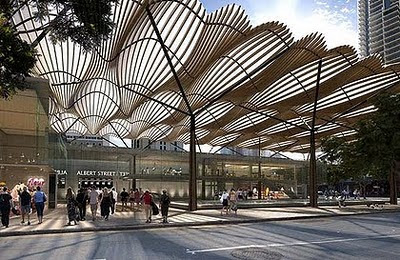 Royal on the Park (the old Park Royal Hotel) owned by the Sultan of Brunei is to be resumed to build an underground train station. How will this impact Sunland's proposed development on Alice Street at Albert Street?

"ONE of Brisbane's major inner-city hotels will be resumed with 38 other properties for the city's first underground rail line, it has been revealed. ...

Under the plans the Royal on the Park hotel will need to be resumed, alongside 38 other commercial and industrial properties in Salisbury, Rocklea, the CBD and Bowen Hills."

At least you will be able to get free WiFi here.