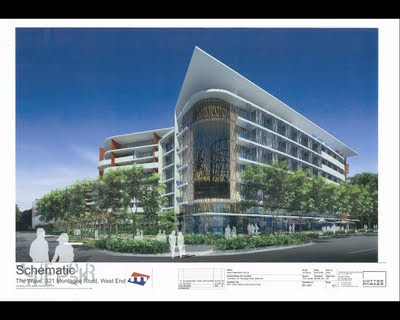 A Korean developer called Mirae Queensland Pty Ltd is in the final steps of obtaining development approval for an apartment complex at West End, just behind Stockland's Koko project. The development is called "The Wave" and is located at 321 Montague Street, West End.

There will also be some retail in the development.

There have been a significant number of objections filed to the Development Application, so it is not certain whether or when this will go ahead.